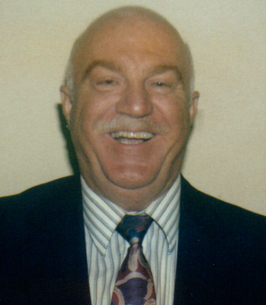 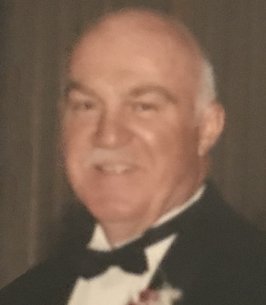 Print
URGOVITCH, Paul R., age 79, a lifelong resident of Garfield, on October 8, 2018. He was born on October 16, 1938 in Passaic, NJ to Mary (Duchon) and Paul Urgovitch. He is survived by his loving wife of 50 years, Diane (nee Mazzola), a son, Frank his children and his companion Yvette, a daughter, Amy Torre and husband Richard, and his beloved grandson, Richard, Jr. He is also survived by a sister, Joan Jaretsky and husband Michael, he was the dear brother-in-law of Joan Bonanno, and Vincent Mazzola and wife MaryAnn, and uncle of Jill, Jackie, Joann, Emily, and Katie.
A graduate of the Garfield School System and High School, he earned his Bachelor’s degree from William Paterson University in Public Safety Administration. He was a veteran of the U.S. Army and the NJ National Guard.
He started his career as a police officer with the Garfield Police Department from 1962 - 1971, then worked with the Waterfront Commission of the NY Harbor - Police Division as a Detective Lieutenant retiring in 2003 after 35 years of service. He also served as State Delegate for the NJ PBA Local 195, Brooklyn, NY.
Paul was a member and Past President of NJ Chapter 7, Blue Knights Motorcycle Club, Fairfield, NJ.
He enjoyed traveling to Lake George, NY and other states with his wife and club members. He also enjoyed dining and spending his days with his friends sitting on the bench in 20th Century Field, going to lunch with the park boys, and solving the world’s problems.
Visiting Friday 2 to 7 pm. The funeral is Saturday, October 13, 2018, arriving at the Aloia Funeral Home at 10:30 am followed by a 11:30 am chapel service. Private cremation to follow. In lieu of flowers donations can be made to Bergen County Special Services Adult Programs, 296 East Ridgewood Avenue, Paramus, NJ 07652. The Urgovitch family is in the care of the Aloia Funeral Home, 180 Harrison Ave., Garfield (973-340-7077). Condolences/Directions visit aloiafuneral.com

We encourage you to share any memorable photos or stories about Paul R.. All tributes placed on and purchased through this memorial website will remain on in perpetuity for future generations.

PM
Paul and I worked together at the Waterfront Commission for many years. The respect between Paul and his detectives was always mutual. Great memories from the old days. My sincerest condolences to the family.
Pete Massa - Friday October 12, 2018 via Condolence Message
Share This:

BS
I worked with Paul as a Detective on the Waterfront Commission Police. He always kept you laughing and he was a great guy and an excellent Detective & boss. My deepest sympathies to his family...Rest in Peace, Paul.
Bob Stock - Wednesday October 10, 2018 via Condolence Message
Share This:

JB
We are so sorry to hear of Paul's passing. We will remember him as a wonderful guy with a great personality.

Our heart goes out to you Diane along with Amy, Frank and grandchildren.

We are very sorry we won't be able to attend the wake. As you may know, we are now living in South Carolina.

SE
I wish you peace and comfort during this time of sorrow. (2 Corinthians 1:2-4) The
Bible gives true hope of being reunited again with your loved one. (John 5:28, 29) The
Bible promises that your loved one will soon come back to life in the resurrection to
the peaceful paradise on the earth. (Acts 24:15)

Thank you for sharing!

Provide comfort for the family by sending flowers.

Or use your email:

Share on Facebook
Send flowers to the family
Choose from beautiful standing, table and basket arrangements. Safe and secure online ordering.
View Flower Arrangements
What has already been purchased for the family?
Family Log-In

Connect with families at their time of loss. By subscribing to email updates, you will receive two daily updates containing all new stories, photos, candle lightings, condolences, and more.