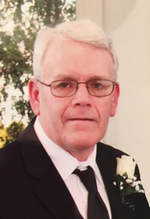 FIORE, James F, Jr., age 72, of Elmwood Park, died on December 21, 2018. Born in Passaic, he lived in Fair Lawn moving to Elmwood Park 46 years ago. He was an iron worker 26 years with the Iron Workers Union - Local 483 in Paterson retiring in 1994, a parishioner of St. Leo's RC Church, Elmwood Park, and a former wrestling and baseball coach with the Elmwood Park Recreation Center. In addition, James was an Air Force Veteran and served from 1977 to 1994 on the Elmwood Park Volunteer Fire Department - Defender Company 4 holding the office of treasurer, and he is a member of the NJ Exempt Firemen's Association. He is predeceased by his wife of 39 years, Annette in 2012, and his parents, James and Margaret Fiore. He is survived by two loving sons, Anthony Fiore and wife Jessica, and Todd Fiore and husband Logan Green, two cherished grandchildren, Gianna and Grayson, and a dear sister, Barbara Daly. Visiting Thursday 1 to 4 pm with a 3:30 pm chapel service. In lieu of flowers donations can be made to the Alzheimer's Association. The Fiore family is in the care of the Aloia Funeral Home, 180 Harrison Ave., Garfield (973-340-7077). Condolences/Directions visit aloiafuneral.com