To share your memory on the wall of Joseph Lipari, sign in using one of the following options:

We encourage you to share your most beloved memories of Joseph here, so that the family and other loved ones can always see it. You can upload cherished photographs, or share your favorite stories, and can even comment on those shared by others.

Your friends at Superior Farms in Boston, Linda & FOX, and other have sent flowers to the family of Joseph Lipari.
Show you care by sending flowers

Posted Feb 12, 2019 at 10:24am
I read all about you great man ,to bad you knew J.Raineri ,he should be in the pokey for what he did to his poor mother.
Comment Share
Share via:
JJ

Posted Feb 05, 2019 at 11:37am
I want to extend my senior sympathy
to family of the late
MAYOR JOSEPH LIPARI
MAJOR LIPARI WAS THE BEST MAYOR THE CITY OF PASSAIC WAS PRIVILEDGED TO ELECT!!
He was kind generous understanding and willing
to help anyone who was in need..
Mayor Lipari was a HERO TO MANY!!
He will be long remembered for all his good deeds🙏🏻
My condolences to the Lipari Children Grandchildren and The Entire Family..There was only one Major Joseph Lipari
Love from The Arlene Rand Family
Comment Share
Share via: 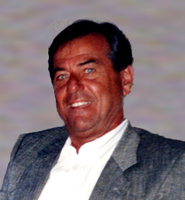