To share your memory on the wall of Richard \"Nes\" Nespolini, sign in using one of the following options:

We encourage you to share your most beloved memories of Richard "Nes" here, so that the family and other loved ones can always see it. You can upload cherished photographs, or share your favorite stories, and can even comment on those shared by others.

Love Nikki and Danielle, Triad Boys, and other have sent flowers to the family of Richard "Nes" Nespolini.
Show you care by sending flowers

Posted Jun 08, 2019 at 12:51am
Richie you will be missed! I remember all the holidays spent at Aunt Kay's and Uncle Joe's house and you hiding all of us kids so Santa could come on the roof and jingle his bells so we knew we all had to go to sleep to see what Santa bought all of us kids!! You were the big brother I never had!! Danielle, Diana and Nicole had a very special older brother to look after them to make sure they were always safe and that no one took advantage of them!! You always protected all your cousins and I always looked up to you!! I will miss you dearly! You are in heaven with your dad and mom, Karolee and grandma and grandpa Geiger! And Uncle Wayne!! Please tell them all we all miss them so much!! And to please look over us every day!! And protect us all! All my Love, Dina
Comment Share
Share via:
LD

Posted Jun 07, 2019 at 09:12am
You will be missed! I will always remember the day you and Karen took me to the big top circus and got me the snuggle teddy bear! I love you!

Flowers were purchased for the family of Richard "Nes" Nespolini. Send Flowers

Posted Jun 06, 2019 at 06:28pm
Though Richie is gone he still lives in your heart. Cherish & treasure those memories for they will give you strength to carry on. We will truly miss his sense of humor and his "Larger than Life" personality
May he rest in eternal Peace
Comment Share
Share via:
DM

Posted Jun 06, 2019 at 03:35pm
So sorry about Richie’s passing! I have always been a fan and loved the times we spent together as kids you were always a funny guy!! My sincere condolences to Karen, Robyn, Danielle, Diana and Nicole as well as everyone else who was either related or had the pleasure of knowing and spending time with Richie! Love you and rest easy!!
Comment Share
Share via: 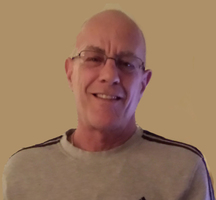