To share your memory on the wall of Annamarie Scalise, sign in using one of the following options:

Provide comfort for the family of Annamarie Scalise with a meaningful gesture of sympathy.

Print
Annamarie SCALISE (nee Maidhof), age 90, passed away peacefully in her sleep Tuesday, August 20, 2019 at Hospice of the Chesapeake in Pasadena, MD.

Annamarie Maidhof was born August 24, 1928 in Bloomfield NJ. She graduated from Bloomfie... Read More
Annamarie SCALISE (nee Maidhof), age 90, passed away peacefully in her sleep Tuesday, August 20, 2019 at Hospice of the Chesapeake in Pasadena, MD.

Annamarie Maidhof was born August 24, 1928 in Bloomfield NJ. She graduated from Bloomfield High School in 1946 and began working at Schering Pharmaceutical Company as a bookkeeper, where she met and married her husband of 62 years, Joseph Scalise, in 1948.

Upon the birth of their first daughter, Joanne, in 1956, Annamarie became a full-time domestic goddess and the family moved to West Caldwell. Their second daughter, Laura, was born in 1961.

Annamarie was separated from her beloved husband Joseph upon his death in 2010, after which she left her native New Jersey to live with her daughter Laura in Odenton, Maryland, where she remained until her death. She is survived by her daughters, Joanne Scalise of Bedminster, NJ and Laura Scalise, of Odenton, MD; she is pre-deceased by her parents Herman and Clara Maidhof (nee Lautenbach) and her sister Clara D’Agnelli (nee Maidhof).

Funeral preparation and arrangements are being handled by Donaldson Funeral Home in Odenton, Maryland and by Aloia Funeral Home in Garfield, New Jersey. Annamarie will be buried in Crest haven Memorial Park located at 750 Passaic Avenue in Clifton, NJ on Wednesday, August 28, 2019 following a graveside service at 10 am.
Read Less

Provide comfort for the family by sending flowers

We encourage you to share your most beloved memories of Annamarie here, so that the family and other loved ones can always see it. You can upload cherished photographs, or share your favorite stories, and can even comment on those shared by others.

Polly and Sally Shoemaker sent flowers to the family of Annamarie Scalise (Maidhof).
Show you care by sending flowers 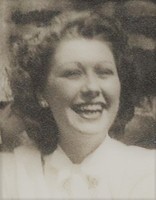