To share your memory on the wall of Donald Lee Fields, sign in using one of the following options:

Provide comfort for the family of Donald Lee Fields with a meaningful gesture of sympathy.

Donald L. Fields, of Paramus N.J. passed away on Monday, August 26, 2019 with his family at his side.
He was born in Atlantic Highlands, N.J. As a youth, he att... Read More
DONALD FIELDS OBITUARY

Donald L. Fields, of Paramus N.J. passed away on Monday, August 26, 2019 with his family at his side.
He was born in Atlantic Highlands, N.J. As a youth, he attended P.S. 47 School for the Deaf in Manhattan and later graduated from Atlantic Highlands Public High School. Afterwards, he attended the Trenton School for the Deaf where he studied and mastered the art of photo engraving. He earned the rank of Eagle Scout with Troop 22 and took part in the restoration of the historic Henry Hudson site, today known as the Henry Hudson Trail in Highlands, N.J.

Donald served as a photo engraver for the Newark Star-Ledger, from where he retired.
During his life, Donald was notably involved with sports and social organizations promoting the advancement of the deaf, beginning with the Northern Valley Club of the Deaf. In September of 2000, he established the Bergen County Deaf Senior Center of Midland Park. Donald was also involved with the United States Deaf Skiers Association, serving as president and coordinating many Winter Olympic Games for The Deaf around the world, in conjunction with the IOC and the CISS.

During their retirement, Donald and Elise continued to be world travelers - Elise was a former Pan Am employee – and adventures around the globe was a love they shared. Their travels took them to Japan, the Far East, Australia and Europe on many joyous occasions. Avid skiers, the Alps became for them, especially in their youth, a favorite and cherished destination. Later in life, they enjoyed time spent together on river cruises.

A memorial will be held in his honor at a future date to be announced.
Read Less

We encourage you to share your most beloved memories of Donald Lee here, so that the family and other loved ones can always see it. You can upload cherished photographs, or share your favorite stories, and can even comment on those shared by others.

Posted Sep 02, 2019 at 09:45am
We will never forget Don s involvement with deaf winter games. Don held the torch for decades until the next younger generation stepped in. Kudos and we will miss him
Comment Share
Share via:
DF 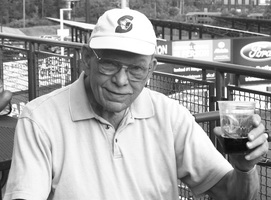