To share your memory on the wall of Douglas F. Michelli, sign in using one of the following options:

Provide comfort for the family by sending flowers or planting a tree in memory of Douglas F. Michelli

Provide comfort for the family by sending flowers or planting a tree in memory of Douglas F. Michelli

We encourage you to share your most beloved memories of Douglas F. here, so that the family and other loved ones can always see it. You can upload cherished photographs, or share your favorite stories, and can even comment on those shared by others. 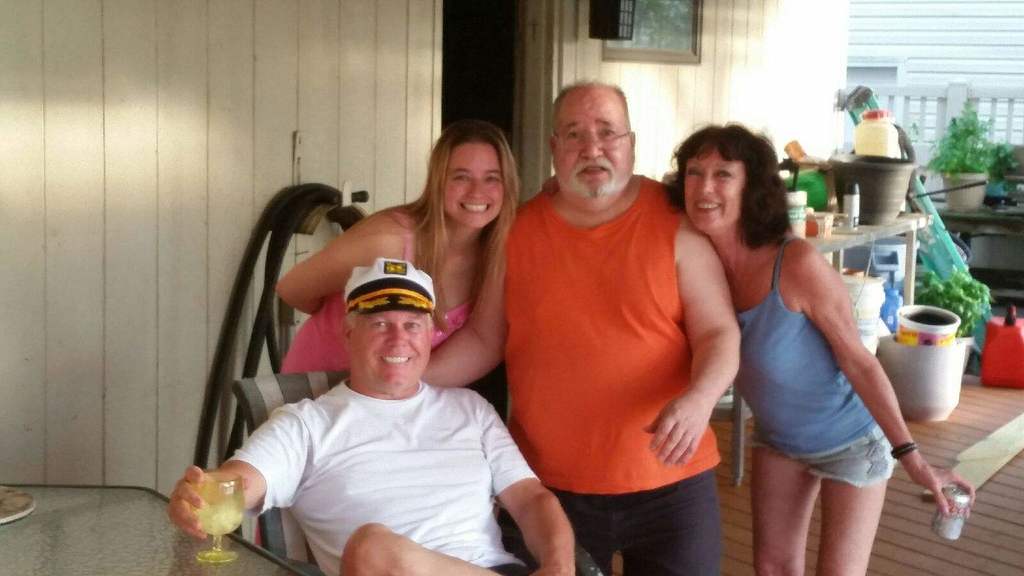 Posted May 08, 2020 at 02:57pm
We are all so saddened by the loss of our dear cousin Douglas. He wa a very kind and sweet guy who enjoyed everything he did--from work, to bowling, to setting bowling pins, to being with his brothers and sisters and cousins. Much too soon, but we know how much he suffered, and how wonderful his brother Joe and sister Jackie were to him through his illness. We love you Doug and miss you very much.

Posted May 07, 2020 at 01:58pm
Doug, I’ll never forget you! May you Rest In Peace! My family will never forget how kind you were to all of us !! We Love you, Until we meet again
Comment Share
Share via:
DS

Lived on the Lake with Doug. I was Lucky enough to Meet Doug Through My Dear Friend JOE. We all spent many hours together
Talking, Laughing, and joking.
We all enjoyed similiar Music and I am proud to Say I Met and Knew Doug.
We had great times fishing on Joe's Boat. I am So Sorry He is gone. May God Bless His Soul.
Joe.. Please be well , I Hope to see you soon.

Like the rest of you, I can't go to a service, attend a wake, share fond memories with his loved ones. SO...I am going to share them with you, because its right to remember the people who were important to our lives...even if it was years ago:

Douglas (Dougie) Michelli grew up with me on Old Rifle Camp Road in West Paterson, NJ. He and his family lived across the street from my parents' house; and, his home was flanked by the Boehme family and a huge field that was our childhood 'park' (The Minardi family later bought the field, built a nice house and were fine neighbors). As I recall, Dougie's dad ran a 'sweet shop' (i.e. convenience store) on Valley Road, near the Clifton/Paterson border.

Back then, ORCR was a steep and private street going up a slope of Garret Mountain, with the only entry/exit at the bottom. So, all the kids of all ages interacted with each other, unless you wanted to walk over the crest of the hill through a path in those woods to the houses on the other side (the world was safer then). There was a path that ran behind Dougie's house, and Mr. Boehme's apple orchard (he was an amazing gardener), then the path over the crest of the hill cut left through the woods along the path, and came out on houses on Rifle Camp Road...not far from Westmount Country Club.

Doug was a ball of fire, full of energy and a blazing smile. He was a bona-fide character: devil-may-care, a bit of a hustler and always up for an adventure. I remember in the late 60's, when his dad's sweet shop got BEATLE'S bubble gum/trading card packs. Everyone wanted then, and they'd sell out so fast at the local sweet shops and drug stores (that's where you'd get your comic books, trading cards, novelty items, etc.). Dougie brought a bunch of them home, and hustled them (for a profit on his dad's price) to us kids. Well...that's what birthday money was for...not those silly Savings Bonds our parents wanted us to buy with them :-)

We'd play games in the big field, and during the winters, we'd skate on impromptu 'ponds' that formed from rainwater and melt in depressions in neighbors' backyards...but, we kids on ORCR had another, awesome playground: The Woods.
Starting behind the houses on my side of the Road, was about a 1/2 square mile of old-growth woods. You can't find them today, because Hovnanian homebuilders cut them down to build an anonymous housing development; and, also scooped out a big portion of the slope of Garret Mountain that was bordered by Rt. 46 to the South, and Valley Road to the East.
Those woods had below-ground brick ovens and other artifacts related to how the Road got its name: Old Rifle Camp Road: during the Revolutionary War, General Washington had a group of Riflemen camped up in those woods (highest point in the area) to keep an eye on British movements.

I had a lot of turbulence in my life, and in the late 70's walked away from that life for a long time...and, lost track of most of the people I grew up with. FB helped me re-connect over the years...but, Doug wasn't on it, and I couldn't find contact info in any of the online databases.
However, I still remember the kid who was my pal and playmate...and, those are great memories. Thanks for those memories, Dougie...I hope that wherever you are, and whatever you are, you are in Heaven. 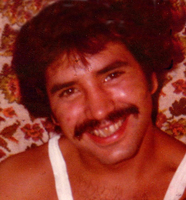 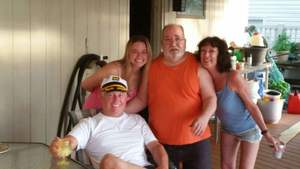