To share your memory on the wall of David \"Dave\" Alan Hershey, sign in using one of the following options:

Born on August 3, 1959, David was raised in Tinton Falls, NJ with his parents and younger brother. Growing up, David loved nature and outdoor sports, especially swimming, water skiing, and fishing. His faith in and love of the Lord was always very strong. As a youth, he was an acolyte at Christ Church, Shrewsbury. He was active in their Youth Group, and he even gave a sermon on one Youth Sunday. Occasionally, he played guitar and sang worship songs during the service. Even as a child, Dave was incredibly musically inclined and was in a number of bands from adolescence through his adult years. Growing up, Dave could always be found jamming with his brother, Steve, and a group of friends.

Dave Hershey will be remembered by many as an incredibly talented and accomplished musician with a far-reaching knowledge of everything music-related. Dave was a guitarist, vocalist, composer, lyricist, sound engineer, producer, and fixture of Freehold Music Center for over 30 years. You may have known Dave's kind smile and warm sense of humor from when he sold you your first guitar or helped you with another musical need. He was the leader of the band Split Decision, a member of the band C4, traveled to Japan and China with Yamaha Music Corporation, did a commercial for Fernandes Guitars, to name a few of his many musical achievements. He was a huge supporter of local music and a mentor to many up-and-coming musicians. He also set up the sound systems for many local churches and schools.

In his twenties, Dave settled down and became a family man, but music was always present in his life. Dave is remembered by his children as a great dad who always made up games to play, loved Harry Potter, and was never happier than when he was in Disney. They shared many wonderful summer memories with their dad on their grandparents’ farm in Virginia. Dave was incredibly proud of both of his children, who both pursued careers in nursing, and never failed to remind them of that.

In more recent years, Dave found a partner to share his life with. Dave and Jill shared a love of music and a beautiful home. He loved spending time outdoors and was very proud of the little pond that he and Jill created. They worked together at Freehold Music Center, where Dave's encouraging, personable, and selfless spirit will always be remembered.

Dave will be greatly missed by all who knew him, but will live on in the hearts of those who loved him and in the beautiful memories they shared. The family has been overwhelmed by the outpouring of love they have received and so grateful to hear stories from all who he touched. Unfortunately, during this pandemic, the family is unable to mourn in traditional ways and will have a formal service for Dave in Virginia over the summer, with details to follow.

A musical celebration of Dave's life will take place in New Jersey when lockdown restrictions are lifted. In lieu of flowers, the family would like to request that people perform random acts of kindness in Dave’s honor. He was known for his generosity, and this past Thanksgiving anonymously bought several families’ groceries at his local store. Please share the stories of what you do and who you help on Dave's Facebook page, which has been memorialized.

We encourage you to share your most beloved memories of David "Dave" Alan here, so that the family and other loved ones can always see it. You can upload cherished photographs, or share your favorite stories, and can even comment on those shared by others. 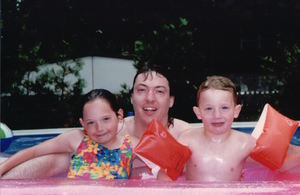