To share your memory on the wall of Peter J. Palatini, sign in using one of the following options:

We encourage you to share your most beloved memories of Peter J. here, so that the family and other loved ones can always see it. You can upload cherished photographs, or share your favorite stories, and can even comment on those shared by others.

Posted Dec 16, 2019 at 07:13pm
Peter originally tried to enlist, but was turned away due to his hammer toe, but once the war started, they accepted him. He was in the Navy during WWII, his position was a gunner. Once he needed to fly the plane back after a mission, he was reprimanded on the way he landed the plane, so he and another man were not sent on the next mission, which saved their lives because everyone on that mission perished that day. His sister, Josephine, said he would always write home asking to send him some money, lol. After the war, he followed in his father’s footsteps and became a carpenter. While he was married to his first wife, Goldie, he worked hard and after work he built the house we lived in next to his parent’s home. He had four children, 2 girls (Linda and Janice) and 2 boys (Peter and Joseph). Peter was a family man, went to Our Lady of Sorrows Church every Sunday. On New Year’s Day, he always liked having an “open house” where everyone was invited to come. Goldie passed away in February of 1976, he took care of her every step of the way, they even went on a cruise to have more memories. He was also grateful to Gloria and John, Joan and Jack as they helped him with making her end of life more comfortable.

Then in June of 1978, Peter married his second wife Doris. She was perfect for him too! He was truly a blessed man to be able to find 2 wonderful women who loved him and he was able to share his life with. Doris had 1 son (Danny) and 2 girls (Mary and Jeanne), whom he loved and they loved him as well. We became a very happy family, able to support and lean on each other when needed. Upon moving to West Orange, Peter then attended St. Joseph’s Church, where he attended mass regularly until just recently when he was physically unable to. Peter and Doris loved going to breakfast at Eppes with their friends “The Breakfast Group” as they were known. They had many good times together! They were also well liked in the neighborhood and he always looked out for his neighbors next door and made sure they were ok especially in bad weather. Doris passed away in July of 2004, so again he was on his own, but Peter was a very strong independent person.

Peter loved his family and he would do anything for them. He helped Linda and Joseph with their home projects such as putting a new roof on her home and for Joseph, building a deck so that his grandchildren (Jenna and Jarod) can play on. Jeanne also kept him busy building such items as radiator covers and a wishing well. He enjoyed every minute as he was extremely precise in his work, measuring the wood every so accurately, guess he was a little bit of a perfectionist, lol.

Peter loved listening to country music, arranging flowers on the deck and during the holidays he decorated his house and even put up a Christmas tree! He provided guidance and reassurance whenever we sought his opinion, even when we didn’t ask, he gave you his thoughts on the subject. He was a stern, stubborn man at many times, which was no secret we felt this way about him, as we told him this often. But I guess this was his way to help us think through a situation and to make the right decision the first time without having to make a mistake.

Dad, we will miss you very much, your wisdom, your laughter, your little smirky smile, and yes even your stubbornness, but we know you are in a much better place. And with your beliefs and your strong faith, as you told us many times before, you look forward to seeing all who have passed away before you.

Posted Dec 16, 2019 at 08:48am
Please accept our most heartfelt sympathies for your loss... Our thoughts are with you and your family during this difficult time.

Flowers were purchased for the family of Peter J. Palatini. Send Flowers

Posted Dec 14, 2019 at 03:35pm
I will always cherish the good memories of you. I will miss your laughter, voice and having you near. Thank you for being my Father and all you did for me. 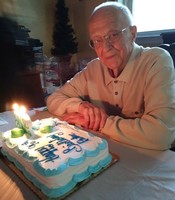 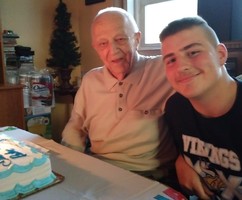